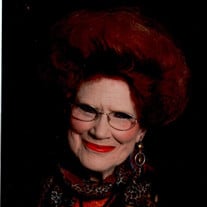 Ann Bridges, 80, of Magnolia, Arkansas passed away Tuesday, May 24, 2022, at the Magnolia Regional Medical Center in Magnolia. Ann was born on July 27, 1941, in Columbia County, Arkansas to the late Sanders and Olga (Bryan) Bridges. She was an assistant to the President of Southern Arkansas University (SAU) for 33 years, starting from January 9, 1984, for Dr. Harold Brinson, Dr. Steve Gamble, Louis Blanchard, and retired under Dr. David Rankin on June 30, 2017. She was active with the SAU Alumni Association and the Association of Baptist Students on the SAU campus. Ann was a faithful and active member of the First Baptist Church and the Faith Sunday school class. She was the secretary-treasurer of the Columbia Baptist Association. She was an avid piano player and played for various churches over the years. She loved and adored her cats, taking in and caring for strays around her home and SAU. She is preceded in death by her parents; brother, Malcolm “Mac” Bridges; nephews, Timothy Lee Bridges, Bobby Wayne Bridges, and Malcolm Bridges, Jr.; and great-great niece, Fallyn Fort. Ann is survived by her nephews and niece, Mark (Karen) Bridges, Nina (Steve) Allen, and Brent (Jodi) Waters of Magnolia; great nieces, Kelly Bridges, Kimberly Bridges of Magnolia and Lindsy Jaggers of Magnolia; great nephews, Jacob (Kelsie) Jaggers of Waldron, and Connor Waters of Magnolia; sister-in-law, Laura Bridges of Willisville; a host of extended family and friends. Funeral services will be held on Friday, May 27 at 10:00 a.m. at Lewis Funeral Home Chapel with Dr. Eric Goble officiating. Burial will follow at Barlow Cemetery under the direction of Lewis Funeral Home, Inc. in Magnolia. Visitation will be Thursday, May 26 from 6:00 to 8:00 p.m. Pallbearers will be Steve Allen, Jacob Jaggers, Rickey Bridges, Stephen Collier, Brent Waters, and Connor Waters. In lieu of flowers, memorial donations may be made to CCAPS, PO Box 2003, Magnolia, AR 71754 or First Baptist Church (Columbia Baptist Association) PO Box 456, Magnolia, AR 71754. To sign the online guest book or to share a memory visit www.lewisfuneralhome.biz

Ann Bridges, 80, of Magnolia, Arkansas passed away Tuesday, May 24, 2022, at the Magnolia Regional Medical Center in Magnolia. Ann was born on July 27, 1941, in Columbia County, Arkansas to the late Sanders and Olga (Bryan) Bridges.... View Obituary & Service Information

The family of Ann Bridges created this Life Tributes page to make it easy to share your memories.

Ann Bridges, 80, of Magnolia, Arkansas passed away Tuesday, May...