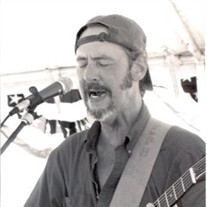 Charles Aubrey Dempsey Jr., a retired HPLC director from LSU Health Shreveport, passed away in his home on December 8, 2020. He was 68 years old. Charles was preceded in death by his parents, Pauline Phillips Dempsey and Charles Aubrey Dempsey Sr. of Magnolia, Arkansas. He is survived by his children, Robin Dempsey Dogan and husband Jerry of Oxford, MS, Charles Aubrey Dempsey III of Virginia Beach, VA; grandchildren Liam Emmett, Norah Pauline and Lyndon Violet Dogan of Oxford, MS; and Sharon Thompson Farrar of Shreveport, his beloved friend of 48 years who assisted him nonstop in his final days. Charles was born on November 17, 1952 to Pauline and Charles Dempsey in Magnolia, Arkansas. He graduated from Captain Shreve High School in 1971, and Louisiana State University Shreveport in 1976. He was employed at Louisiana State University Health Sciences Center in Shreveport for 34 years and retired as the Director of HPLC in the Pharmacology department. Charles had many interesting hobbies. An avid musician, he could often be found playing rhythm guitar and pedal steel guitar and singing, in his home, at jam sessions with friends, or performing with local bands he adored. His favorite genres were country and rock and roll. Charles enjoyed home-brewing beer and was a founding member of the Malt Munching Mash Monsters in Shreveport. He brought many new members into the group, taught them the intricacies of the art of brewing, and crafted many a gallon of delicious homemade beer for friends and family to enjoy. This led into employment with Great Raft Brewing for a brief period in 2013-2014. Charles was an avid marksman and, on many weekends, could be found practicing and instructing his children and friends at Bodcau Shooting Range in Haughton, LA. Graveside services will be held at 2:00 p.m. on Saturday, December 19 at the Magnolia Memorial Park Cemetery in Magnolia, AR under the direction of Lewis Funeral Home, Inc. Masks will be required for the service. In lieu of flowers, a donation may be given to the medical research institute of your choice. To sign the online guest book or to share a memory visit www.lewisfuneralhome.biz

Charles Aubrey Dempsey Jr., a retired HPLC director from LSU Health Shreveport, passed away in his home on December 8, 2020. He was 68 years old. Charles was preceded in death by his parents, Pauline Phillips Dempsey and Charles Aubrey Dempsey... View Obituary & Service Information

The family of Charles Aubrey Dempsey Jr created this Life Tributes page to make it easy to share your memories.

Send flowers to the Dempsey family.