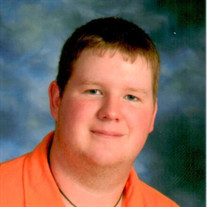 Charles Joshua Smelser, 27 of McNeil, Arkansas passed away on Monday, January 18, 2021 in McNeil, Arkansas. He was born on October 1, 1993 in Magnolia, Arkansas. Josh was a 2012 Graduate of Magnolia High School where he was on the Panther Football team and the Trap Team and graduated from SAU Tech Welding Academy. Growing up, Josh was a Boys Scouts of America Eagle Scout, Order of the Arrow Member, and attended First Baptist Church. He was employed as an operator for Albemarle Corporation and a member of the West Plant Fire Brigade and Rescue Team. In his spare time, he loved to hunt and fish and anything outdoors, shoot and build guns and reload his own ammunition. He was a jokester and always had fun while leading his pack of friends. He is preceded in death by his paternal grandfather, James Ledell Smelser; maternal grandmother Cathy Lentz; maternal grandfather Richard Loe; and great grandparents Sport and Myrtis Blankenship. Josh is survived by his fiancé Amber Massey of McNeil, mother Jan and Willie Glover; father Charles and Page Smelser; brother Jimmy and Amy Smelser; paternal grandmother Joyce Smelser; nephew Haygen Smelser; niece Raylee May all of Magnolia, Arkansas; Aunt Sue and Ricky Nash of Mt. Holly; step siblings, Kiery and Corey McMullen of Dallas, Garrett Glover and Whitney Glover both of Texarkana, Lorie and Eric Hamilton of Snook, Texas, Willie and Vanessa Glover, Jr. of Poway, California; Jonathon Jordon of Magnolia, Krystal and Travis Gore of Fouke, Arkansas; and a step nephew Kaden Gore of Fouke; and a host of extended family and friends. A graveside service will be at 2:00 PM on Saturday, January 23, 2021 at Falcon Cemetery with Patrick Finney and Corey Martin officiating under the direction of Lewis Funeral Home, Inc. A guest book and video tribute will be available at the funeral home on Friday from 9:00 AM to 5:00 PM at the funeral home. Memorial donations may be made to the Magnolia High School Trap Team. Pallbearers will be Haygen Smelser, Chance Nash, Josh Hines, Terrell Fulton, Matt Finney, Colton Barnhart, Greg Sherman, and Jonathon Jordan. To sign the online guestbook or share a memory visit www.lewisfuneralhome.biz

Charles Joshua Smelser, 27 of McNeil, Arkansas passed away on Monday, January 18, 2021 in McNeil, Arkansas. He was born on October 1, 1993 in Magnolia, Arkansas. Josh was a 2012 Graduate of Magnolia High School where he was on the Panther... View Obituary & Service Information

The family of Charles Joshua Smelser created this Life Tributes page to make it easy to share your memories.

Charles Joshua Smelser, 27 of McNeil, Arkansas passed away on...

Send flowers to the Smelser family.