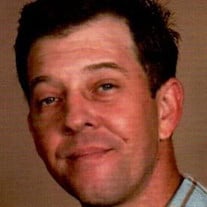 Chris Bridges, 44, of Magnolia, AR passed away Tuesday, October 1, 2019 at the University of Arkansas Medical Science Center in Little Rock, AR. Chris was born on February 6, 1975 in Magnolia, AR. He was a member of the Antioch West Baptist Church. He was a mechanic and a third-generation owner of Bridges Auto Repair which was started in April 1968 by Jackie Bridges. He was an avid motorcycle rider. He is preceded in death by his mother Tina (Fannin) Carr, maternal grandparents Arditha “Monkeyman” and Alta Fannin, and paternal grandfather Jackie Bridges. He is survived by his sons Evan Bridges and his fiancé Ashleigh Sumner and Carson Bridges and their mother Amy Stiles, Raylen Bridges and his mother Jennifer Bridges, his step children Zach Wilson and Abby Wilson all of Magnolia; parents Rickey and Karen Bridges of Magnolia; step father Ken Carr of Greenville, TX; grandmother Sue Bridges of Magnolia; fiancé Nicole Turner of Magnolia; step sisters Sonya Feemster and husband Todd of Hot Springs and Rebecca Buffington and husband Tony of Siloam Springs; step brother David Carr and wife Kristi of Lonoke, TX; a host of uncles, aunts, nephews, nieces, cousins, and friends. Funeral services will be held on Tuesday, October 8, 2019 at 10:00 AM at the Antioch West Baptist Church with Bro. Aaron Middleton officiating. Burial will follow at the Barlow Cemetery under the direction of Lewis Funeral Home, Inc. in Magnolia. Visitation will be Monday from 6:00 to 8:00 PM at the funeral home. Pallbearers will be Lance Young, Phillip Rich, Chad Burdine, Matt Fogo, Chuck Hanson, and Wes Warlick. Honorary pallbearers will be Sammy Harris, Jr. and Derrel Collier. To sign the online guest book or to share a memory visit www.lewisfuneralhome.biz

Chris Bridges, 44, of Magnolia, AR passed away Tuesday, October 1, 2019 at the University of Arkansas Medical Science Center in Little Rock, AR. Chris was born on February 6, 1975 in Magnolia, AR. He was a member of the Antioch West... View Obituary & Service Information

The family of Chris Bridges created this Life Tributes page to make it easy to share your memories.