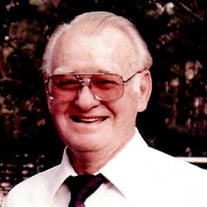 Donald Winfred Walthall, 87, of Magnolia, Arkansas passed away Sunday, February 27, 2022, at his home. Donald was born on May 10, 1934, in Bluff City, Arkansas to the late Charles Clayton and Blanche Jewel (Hooks) Walthall. He was a member of the Assembly of God faith and attended Bethel Church. He married the love of his life in 1953 and they enjoyed 67 years together until her death a year ago. They shared a life of many adventures living in West Texas and South Louisiana while he worked in the oil industry as a tool pusher until they returned to Magnolia where he completed his college education and began his career as a teacher at Magnolia Junior High School and continued his education obtaining his master’s degree from the University of Arkansas at Fayetteville. He retired in 1996 from teaching. He harvested many a tree with his small pulpwood truck, that many days could be seen parked at MJHS. He formed many lifelong friendships through his small timber business. Through the years he and Margie enjoyed many trips traveling through the United States and Alaska in their camper truck and mobile home. Donald loved and enjoyed the outdoors and spent many hours fishing in creeks, ponds, lakes, and catching Redfish in the bayous and bays of South Louisiana. He especially enjoyed those fishing trips with his children, grandchildren, and friends. He always said that he would get “that one that got away” on the next trip. His love and appreciation of the wonders of God was passed on through him to his children, grandchildren, and great children. Our “Grumps” will be dearly missed by his family and friends. He is preceded in death by his parents; wife Margie Clingan Walthall; five brothers and one sister. Donald is survived by his children Donna Walthall and Pat of North Prince George, Virginia, Lynn Smith and husband Gary of Magnolia, Charles Walthall and wife Patricia of Garland, and Wayne Walthall and wife Rieza of Texarkana; grandchildren Aaron and Leah Smith of Magnolia, Josh and Melissa Smith of Magnolia, Jordan Walthall of South Haven, Michigan, Jackson Walthall of Texarkana, Carson Walthall of Stationed at Elmendorf AFB, Alaska, Carrie Walthall of Texarkana, and Kayla Walthall of Texarkana; great grandchildren Reed Smith, Dylan Smith, and Nora Smith of Magnolia; a host of nephews, nieces, and friends. Graveside services will be held on Sunday, March 6, 2022, at 2:00 p.m. at Frazier Cemetery with Dr. Eric Goble officiating under the direction of Lewis Funeral Home, Inc. in Magnolia. Visitation will be Saturday, March 5 from 6:00 to 8:00 p.m. at the funeral home. Pallbearers will be his sons, grandchildren, and great grandchildren. Memorial donations may be made to the Frazier Cemetery, 341 Columbia Rd 148, Waldo, AR 71770 or Bluff City Cemetery, 610 Calhoun 95 N, Camden, AR 71701. To sign the online guest book or to share a memory visit www.lewisfuneralhome.biz

Donald Winfred Walthall, 87, of Magnolia, Arkansas passed away Sunday, February 27, 2022, at his home. Donald was born on May 10, 1934, in Bluff City, Arkansas to the late Charles Clayton and Blanche Jewel (Hooks) Walthall. He was... View Obituary & Service Information

The family of Donald Winfred Walthall created this Life Tributes page to make it easy to share your memories.

Send flowers to the Walthall family.