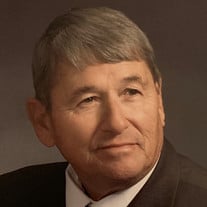 Edgar Morris Long, age 75, of Magnolia, Arkansas, passed away peacefully with his loving family by his side on Thursday, December 5, 2019. He was born on June 1, 1944, in Bisbee, Arizona, the son of Morley Everett Long and Lola Mae Cate. On September 4, 1965, he married Katie Jack Long. He was preceded in death by his parents and his “big” brother and best friend Dan. He received his BSE from the University of Arkansas at Fayetteville and did post-graduate work in educational administration. He taught at Springdale High School, Magnolia Junior High, SAYS Wilderness Camp in Lewisville, and was the Off Campus Suspension Director for Magnolia Public Schools. He left education for several years working at various jobs (Firestone, Ethyl, and selling insurance). However, he realized that his passion and his God-given talent was working with at-risk students. He had a true compassion for his students’ souls as well as their minds and was eager to share his salvation story any chance he got. He was respected by his students because he was always fair, consistent, and expected all students to achieve at their full potential. He enjoyed many activities: athletics (played varsity football, varsity basketball, church league softball, tennis, and bicycling), working on the wood lathe, hunting, fishing, small engine repair, and woodworking projects. Morris loved his wife, children, and grandchildren and treasured making memories with them. He also cherished a lifetime of fun and adventures with his brother and sisters, who were his best friends. Another important part of his life was his First Baptist Church family who supported him, prayed for him, encouraged him, and helped him grow as a Christian. He is survived by his wife of 54 years Katie Long; his son Chad and daughter-in-law Candace of Lincoln, Arkansas; his daughter, Mandy McIntyre of Huntsville, Arkansas; grandchildren Sydney Lamb, Jordan Long, and Douglas Long; sister Mary Jones of Emmett, Arkansas; sister and brother-in-law Ann and Jack Henderson of Hot Springs, Arkansas; sister-in-law Evelyn Long of Salisbury, Maryland; numerous nieces, nephews, family members, and friends. Services will be held at 1:00 pm, Tuesday, December 10 at First Baptist Church, Magnolia, Arkansas with burial to follow at Friendship Cemetery. Roger Dunlap, Dustin Wisely, and Eric Goble will officiate. Visitation will be Monday, December 9 from 5:00 pm - 7:00 pm at Lewis Funeral Home. Pallbearers will be Charles Clark, Ralph Black, Ricky Barnard, Brian Peden, Darin Hudgens, and Jasper Jack. Honorary pallbearers will be Morris’ very special friends at “the saw shop” with whom he shared many hours of fellowship. Memorials may be made to the Student Center Building Fund at First Baptist Church in Magnolia, Arkansas. To sign the online guest book or share a memory visit www.lewisfuneralhome.biz

Edgar Morris Long, age 75, of Magnolia, Arkansas, passed away peacefully with his loving family by his side on Thursday, December 5, 2019. He was born on June 1, 1944, in Bisbee, Arizona, the son of Morley Everett Long and Lola Mae... View Obituary & Service Information

The family of Edgar Morris Long created this Life Tributes page to make it easy to share your memories.

Send flowers to the Long family.