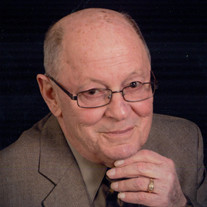 Ernest Joseph Chiasson, 85, of Magnolia, Arkansas, passed away on Sunday, November 24, 2019, at Magnolia Regional Medical Center in Magnolia, Arkansas. Ernest was born on July 19, 1934, in New Orleans, Louisiana, to the late Acy A. Chiasson, Sr. and Leontine Rogers Chiasson. He was a Korean Era Veteran, proudly serving his country in the United States Air Force as a Senior Control Tower Operator. He was a retired Licensed General Contractor (1980), and he retired from Kaiser Aluminum Chemical Department (1982). He was a 1986 graduate of Southern Arkansas University with a degree in Education. He retired again in 1996 after many years of teaching at the Harmony Grove High School. He was a member of the Arkansas Education Association, National Education Association, and a life member of the Arkansas Retired Teachers Association. His past memberships included International Brotherhood of Electrical Workers, Communications Workers of America, Aluminum Workers International Union, District 50 Union, United Mine Workers Union, and United Steel Workers of America. His current memberships include McNeil Masonic Lodge #440, American Legion Post 3, and First Baptist Church. Ernest was active in the community where he volunteered as an Advisory Board Member for the Area Agency on Aging, was a Court Appointed Special Advocate for Abused and Neglected Children (CASA) in Columbia and Ouachita Counties, and volunteered for Life Touch Hospice. And last GO LSU. Ernest is preceded in death by his parents; sisters, Mildred Strate, Dorothy Varuso, Margie Bohne; a brother, Acy A. Chiasson, Jr.; and nephew Acy W. Chiasson. Ernest is survived by his wife Joan S. Chiasson of Magnolia; five children, Carol and Daniel Rivas of Flippin, Arkansas, Christopher Chiasson of Harahan, Louisiana, Gloria and Stephen Ellis of Magnolia, Janet and John Toffton of Homer, Louisiana, and Bradford and Marie Burge of Medina, Ohio; three step children, Rebecca and Daniel Pearce of Magnolia, Gene and Donna Dumas of Greenboro, North Carolina, and Greg Dumas of Elm Springs, Arkansas; a brother Carroll Michael Chiasson of New Orleans; ten grandchildren; eleven great grandchildren, and one great-great grandson; and a host of extended family and friends. Funeral services will be held at 11:00 AM at Lewis Funeral Home Chapel with Bro. Dustin Wisely officiating. Burial with Military Honors will follow at Frazier Cemetery under the direction of Lewis Funeral Home, Inc. in Magnolia. Visitation with the family will be Wednesday beginning at 10:00 am until service time. Pallbearers will be Wayne Ard, Brian Ard, Brady Ard, Robert Clemens, Shawn Triplet, and Devin Triplet. The family requests memorial donations may be made to the charity of the donor’s choice. To sign the online guestbook or share a memory visit www.lewisfuneralhome.biz

The family of Ernest Joseph Chiasson created this Life Tributes page to make it easy to share your memories.

Send flowers to the Chiasson family.