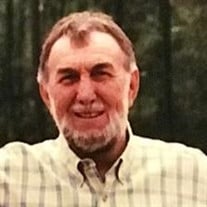 Gary Francis Weaver, age 77, passed away suddenly at his home in Conway, Arkansas on April 7, 2018. He was born on August 6, 1940 in Stephens, Arkansas to Francis and Hazel Weaver. Gary graduated from Stephens High school, where he was an outstanding basketball and baseball player. He went to the University of Arkansas in Fayetteville on an athletic scholarship. He was a 4 year letterman for the Razorbacks, and valued the relationships of his teammates and friends through the years. He was a lifetime member of The A Club and loved supporting the University and the Razorbacks. He worked for many years until retirement for Unit Structures in Magnolia. He enjoyed living the last few years of his life in Conway where he helped his son, Reed with his business and loved spending time with his grandchildren. Gary was preceded in death by his parents, Francis and Hazel Weaver. He is survived by son Stephen and wife Susan of Prosper, TX; son Reed and wife Tammy of Conway, Arkansas; his sister, Carolyn Byrd of Clinton, Arkansas; grandchildren Anna and Coleman Weaver and Grace and Aubrey Weaver. He is also survived by his best friend since first grade, Buddy Morgan of Camden, Arkansas and a host of other friends and family. Visitation will be held at Lewis Funeral Home, Inc. in Magnolia on Monday, April 9 from 5-7 p.m. His celebration of life will be on Tuesday, April 10 at 11 a.m. at Lewis Funeral Home Chapel with Rev. Cedric Walters officiating. Burial will follow at the Stephens Cemetery. Pallbearers will be Jerry Carlton, Mike Ingram, Gary Burley, Colby Swope, Dr. Jason Franks, Dr. Jay Rotton, and Dr. Cal Raymond Sanders. Honorary pallbearer will be Jim Davis. To sign the online guest book or to share a memory visit www.lewisfuneralhome.biz

Gary Francis Weaver, age 77, passed away suddenly at his home in Conway, Arkansas on April 7, 2018. He was born on August 6, 1940 in Stephens, Arkansas to Francis and Hazel Weaver. Gary graduated from Stephens High school, where... View Obituary & Service Information

The family of Gary Francis Weaver created this Life Tributes page to make it easy to share your memories.

Gary Francis Weaver, age 77, passed away suddenly at his home...

Send flowers to the Weaver family.