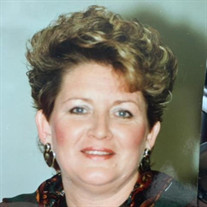 Henrietta Cloud Huskey, 75, of Waldo, Arkansas passed away Monday, March 14, 2022 at the John R. Williamson Hospice House in El Dorado, Arkansas. Henrietta was born on December 15, 1946, in Waldo, Arkansas to the late Billy John and Jesse Mae (Castleman) Cloud. She was a longtime faithful member of the First Baptist Church in Waldo. Henrietta worked many years as a teacher’s aide for the Laneburg, Waldo, and Nevada school districts, and she was also an adult education tutor. She is preceded in death by her parents; spouses Devon Baker and James Hargrove; infant son Scotty Hargrove; and grandson Dustin Baker. Henrietta is survived by her husband James E. (Bud) Huskey of Waldo; children Michael Baker and wife Jacque of Emerson, Stevie Baker and wife Cindy of Emerson, and Janeen Malone of Merritt, North Carolina; grandchildren Jordan Baker and wife Amanda of Emerson, Cassie Slaton and husband Jonathan of Minden, Louisiana, Trisha Baker of San Antonio, Texas, Chelsie Fitzgerald and Coltan Baker of Calhoun, Arkansas, Skyler Henderson of Waldo, and McKenzie Henderson of Magnolia; eight great grandchildren; and a host of extended family and friends. A graveside service will be held on Thursday, March 17th at 10:00 a.m. at the Glenville Cemetery in Nevada County, Arkansas under the direction of Lewis Funeral Home, Inc. in Magnolia, Arkansas. A Celebration of Life Service will be held at 1:30 p.m. following graveside at the First Baptist Church in Waldo with Bro. David Watkins officiating. Memorial donations may be made to the American Heart Association. To sign the online guest book or to share a memory visit www.lewisfuneralhome.biz

The family of Henrietta Cloud Huskey created this Life Tributes page to make it easy to share your memories.

Send flowers to the Huskey family.