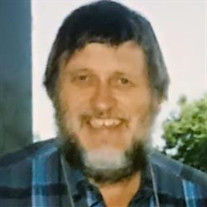 Dr. James A. Rasmussen, 78, of Magnolia, Arkansas passed away peacefully and surrounded by his loved ones on Thursday, September 12, 2019 at the Post Acute Medical Hospital of Texarkana. He was born on December 14, 1940 in Campbell, Nebraska to the late A. C. Rasmussen and Darleene (Brouliette) Rasmussen. James was an ecologist, and loved, respected, and admired nature and the outdoors. He was an avid athletics fan and participant, and often served as a coach, mentor and referee. James was an academic and sports scholar and earned his PhD in Botany at Oklahoma University. James began his teaching career as a biology and chemistry teacher and coached many sports at Harvard High School for five years. He then continued his teaching career at Mount Marty College in Yankton, South Dakota for an additional twenty years. Later, he moved his family to Magnolia, Arkansas and began teaching Biology at Southern Arkansas University for another twenty plus years where he served as the Chairman of the Biology Department. James took his role as Chairman and Student Advisor very seriously, and he was instrumental in the formation of the new Science building. He was presented with the Honor Professor Award at both institutions of higher learning at which he taught. James is preceded in death by his parents and a son Michael Rasmussen. He is survived by his wife Mona Rasmussen of Magnolia; five children, Debra Rasmussen of Lincoln, Nebraska, Thomas Rasmussen and wife Concetta Berardozzi of Berlin, Connecticut, Bradley Rasmussen and wife Jamie Sexton of Chula Vista, California, Monica Locey and husband Ryan of Fayetteville, Arkansas, and Kristin Lehner and husband Mark of Springdale, Arkansas; four grandchildren, Corissa Buehner, Adriano Rasmussen, Konrad Lehner, and Madeline Locey; and a brother, Fr. John C. Rasmussen of Elk Point, South Dakota. A rosary will be held at 7:00 pm at the Immaculate Heart of Mary Catholic Church on Tuesday, September 17, 2019. A funeral mass will be held at 11:30 am on Wednesday, September 18, 2019 at the Immaculate Heart of Mary Catholic church with Fr. William Burmester and Fr. John C. Rasmussen officiating with visitation with the family following. In lieu of flowers, memorials may be made to www.TheGodsChildProject.org or stlabre.org To sign the online guestbook or share a memory visit www.lewisfuneralhome.biz

Dr. James A. Rasmussen, 78, of Magnolia, Arkansas passed away peacefully and surrounded by his loved ones on Thursday, September 12, 2019 at the Post Acute Medical Hospital of Texarkana. He was born on December 14, 1940 in Campbell, Nebraska... View Obituary & Service Information

The family of Dr. James A. Rasmussen created this Life Tributes page to make it easy to share your memories.

Dr. James A. Rasmussen, 78, of Magnolia, Arkansas passed away...

Send flowers to the Rasmussen family.