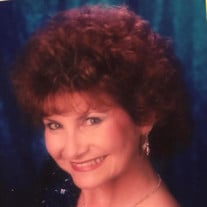 Karen Parker Wiley, 73, of Hot Springs, formerly of Magnolia departed this life on the morning of April 9, 2022. She went peacefully with her husband by her side. Karen was born to James Parker and Frances Barnes Parker on November 9, 1948, in Magnolia, AR. She was preceded in death by her parents, an infant daughter and sister-in-law, Barbara Wiley Knight. A 1966 graduate of Magnolia High School in Magnolia, AR, Karen graduated from LPN school at 17 years old. She went on to get her Associate Degree in Nursing from Southern Arkansas University, her Bachelor of Science in Nursing from Henderson State University (1989) and her Master of Science in Nursing from Northwestern State University (1993). Karen was the epitome of a great nurse. She worked for various hospitals including Magnolia Hospital and LSU Medical Center in Shreveport. Her most notable accolades came from being a nursing instructor at Southern Arkansas University. She touched so many lives in her career at SAU. It was common for Karen to have students over to her house for extra help with the math that goes along with a nursing degree and practicing vital signs on her kids. As if being a phenomenal nurse was not enough, Karen was an even better wife, mother, and grandmother. One thing that stands out the most is how she juggled being a wife and mother with a full-time job and driving two hours away for class to get her master’s degree. She always had a meal prepared for our dad to feed us on the nights that she was in class. She may have been stressed during that time, but we never saw it. Karen is survived by her husband of 55 years, Delwyn Wiley; her children, Russell Alan Wiley of Magnolia, James Mark Wiley of Pangburn, AR and Miranda Lynn Wiley Stroth (Branden) of Conway, AR; her grandchildren, Rhett Alan Wiley of Magnolia, AR, Kaitlyn Klaire Wiley of Pangburn, AR, Landry Ryen Stroth of Conway, AR; and bonus granddaughters, Madison & McKinley Stroth of Conway, AR. Karen also leaves behind her brothers, Larry Parker (Brenda) of Magnolia and Mickey Parker of Nacogdoches, TX; brother-in-law, Bill Wiley (Judy) of Lafayette, LA; and a host of cousins, nieces, and nephews. Visitation will be held on Thursday, April 14, 2022, from 6-8 p.m. at Lewis Funeral Home, Inc. in Magnolia. Funeral services will be held Friday, April 15, 2022, 10 a.m. at Mt. Vernon Community Church, 621 Columbia 54, Waldo with burial to follow at the Mt. Vernon Cemetery. Pallbearers will be Russ Wiley, Mark Wiley, Rhett Wiley, Branden Stroth, Greg Boyd, and Chris Burson. The family would like to thank Southern Caregivers of Magnolia and Hot Springs, as well as the countless friends and family that have reached out with love and admiration for Karen and the family. To sign the online guest book or to share a memory visit www.lewisfuneralhome.biz

Karen Parker Wiley, 73, of Hot Springs, formerly of Magnolia departed this life on the morning of April 9, 2022. She went peacefully with her husband by her side. Karen was born to James Parker and Frances Barnes Parker on November 9, 1948,... View Obituary & Service Information

The family of Karen Parker Wiley created this Life Tributes page to make it easy to share your memories.

Send flowers to the Wiley family.