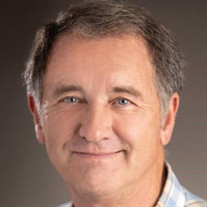 Larry Dale Atkinson, 66, of Magnolia, AR passed away Wednesday, August 19, 2020 at his residence surrounded by his family. Larry was born November 14, 1953 and was a lifelong resident of Columbia County. He was a graduate of SAU, with a bachelor’s degree in Business Agriculture. His early work background was quite eclectic. He was a grounds keeper for Dow Chemical, a school bus driver, manager of Magnolia Feed, and a gentleman approached Larry and told him he wanted him to come to work for him. Thus, his position as Project Manager for Lake Columbia from 1984 until he took office as Columbia County Judge in January 1, 2007. He felt privileged to serve in this position until he was forced to retire February 29, 2020, due to a terminal brain tumor. His granddaughters were his greatest treasure and he loved them immensely. He also loved raising his cows and everything that went along with doing that. Even when he was sick, he was able to fertilize, cut, fluff, rake, roll and put up hay, repair fences, move cows and bushhog. Larry was pretty quiet and extremely unassuming and hated attention. He lived humbly. He shared that he felt honored to work in his hometown. He was preceded in death by his father William Morris “Bill” Atkinson, brother William Morris “Buddy” Atkinson, Jr., and mother and father in law Libby and Larry Pearce. Larry is survived by his wife of 34 years Debbie Longino Atkinson of Magnolia, son Wil Atkinson and girlfriend Leah Chandler of Magnolia, daughter Shelby Pennington and husband Tanner of Waldo, mother Laverne Atkinson of Magnolia, two sisters Becky Collier and husband Douglas and Debbie Tarver, sister in law Glenda Atkinson, beloved granddaughters Abigail and Maggie Atkinson, Ryan and Logan Pennington, numerous nephews, nieces, great nephews, great nieces, and extended family and friends. Graveside services will be held on Sunday, August 23, 2020 at 2:00 p.m. at the Frazier Cemetery with Dr. Eric Goble officiating under the direction of Lewis Funeral Home, Inc. in Magnolia. Visitation will be Saturday, August 22 from 3:00 to 6:00 p.m. at the funeral home. Pallbearers will be Kevin Collier, Brannon Collier, Brandon Buford, Brent Atkinson, Bob Lewis, Justin Tarver, Michael Hair, and John Hilderbrand. Honorary pallbearers, there are too many to list. There was always an abundance of supporters, people who he respected, encouragers who believed in him, counsel who advised him, employees who respected him and who he trusted, and most importantly a God who guided him daily. The family requests memorial donations be made to Frazier Cemetery, 341 Columbia Rd 148, Waldo, AR 71770 or Columbia County Cattleman’s Association, PO Box 1411, Magnolia, AR 71754. To sign the online guest book or to share a memory visit www.lewisfuneralhome.biz

Larry Dale Atkinson, 66, of Magnolia, AR passed away Wednesday, August 19, 2020 at his residence surrounded by his family. Larry was born November 14, 1953 and was a lifelong resident of Columbia County. He was a graduate of SAU, with... View Obituary & Service Information

The family of Larry Dale Atkinson created this Life Tributes page to make it easy to share your memories.

Send flowers to the Atkinson family.