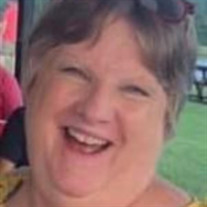 Leesa Stephens, 64, of Magnolia, AR passed away Sunday, January 17, 2021 in CHI St. Michael Health System in Texarkana, Texas. Leesa was born on June 21, 1956 in De Queen, Arkansas. She was graduate of Southern Arkansas University earning a degree in Bachelor of Business Administration in Finance. She was the owner of Stephens Country Store and a member of the Magnolia Downtown Merchants. Leesa took an active role with the youth in Magnolia and Columbia County. She was very involved for 30 plus years with the Girl Scout Troops #257 and #136. She served as a Troop Leader, as a Service Unit Director, and active supporter of the Friends of Highland Drive Girl Scout Hut. She was also active and an avid supporter of the Magnolia Dolphin Swim Team, served as director of the American Red Cross, and as director of the Salvation Army. She is preceded in death by her father Charles Wayne Smith and niece Cara Smith. Leesa is survived by her husband of 45 years Eddie Stephens of Magnolia; children Mandy Belt and husband Kevin, Michael Paul Stephens and wife Kimmy of Magnolia, Cassie Franks and husband Zane of Humble, Texas; mother Myria Smith of De Queen; grandchildren Brodie and wife Anna, Hallie, , and Cecylie Belt of Magnolia, Tate, Knox, and Neely Stephens of Magnolia, Gunner and Savanna Franks of Humble, Texas; brothers Clint Smith and wife Leslie and family, Carter Smith and wife Angela and family, Steve Smith and wife Brenda and family of De Queen; father and mother in law Harvey and Roxy Stephens of De Queen; sisters in law Laurie Tidwell and husband Mitchell and family of Wickes and Sherri Flournoy and family of De Queen; and a host of extended family and many friends. A private family memorial service will be held at a later date. In lieu of flowers, the family requests memorial donations be made to the ISI “Iron Sharpens Iron” Campus Ministries, 131 Bethel Rd, Magnolia, AR 71753. A local Campus Ministry affiliated with Southern Arkansas University founded in 2019 by Leesa’s daughter Mandy and her husband Kevin. www.isiministries.faith To sign the online guest book or to share a memory visit www.lewisfuneralhome.biz. Cremation services were provided by Lewis Funeral Home, Inc. in Magnolia.

The family of Leesa Stephens created this Life Tributes page to make it easy to share your memories.

Send flowers to the Stephens family.