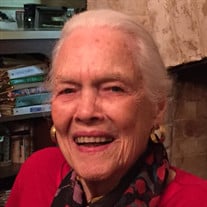 Mildred Jane Greer Epley Ruff, aged 103, passed from this life peacefully in her home in Magnolia on Friday, September 18, 2020. She was born on November 17, 1916, to Homer Floyd Greer and Lillian Dalene Short Greer in Homer, Louisiana, where her father was station agent for the L&NW Railroad. After her mother died when she was only three years old, she lived with her aunt, Ola Short Owen, in Emerson, Arkansas, until her father remarried to her second mother, Julia Powledge Greer, in 1921. The family moved to Magnolia in 1922, where she lived most of her life, and she attended the Magnolia public schools from first grade through her high school graduation in 1934. She was the oldest living graduate of Magnolia High School. Mildred attended Magnolia A & M College (now Southern Arkansas University) in 1934-35 but went to work after one year. She had always wanted to pack her trunk, get on the train, and go away to college, but the Depression and being one of five children made that impossible. Rather than finish the two-year program at Magnolia A & M and become a school teacher, she took a job as secretary (fully deputized) in the office of the Columbia County Sheriff, where her most exciting moment was being alone in the office when a defendant wanted for murder came in and turned himself in! After this experience, she took a job as secretary in the L&NW Railroad depot in Haynesville, Louisiana, only 25 miles south of Magnolia. Claiborne Parish was in the middle of the oil boom, and there were numerous young single men working there, including Arthur Epley Jr. of Houston, Texas, a Rice Institute graduate and geophysicist on a seismic exploration crew. Since there were so many more men than women, a girl could have a date with a different man each night of the week. Haynesville was a hub of social activity in those days, and Mildred loved to dance and attend parties. However, Arthur was persistent and eventually prevailed in persuading Mildred to give up the party world, and they were married on December 27, 1938. During their nine years of marriage they lived in over twenty towns in Arkansas, Texas, Louisiana, Mississippi, and Alabama as the seismograph crew traveled to new locations to test for oil. Sometimes there were no houses or apartments suitable for a family in the tiny places where the crew was sent, and Mildred and the children would come home to Magnolia or to her in-laws in Houston for months at a time. After Arthur’s untimely death in 1947 from a cerebral hemorrhage at age thirty, leaving Mildred with three children under six years old, she moved back to Magnolia, where she worked as secretary at First Methodist Church and later again at the Sheriff’s Office. In 1953 she remarried to Dr. John Ruff, a widower and local physician, thereby becoming second mother to his two young children. Despite having lost their first spouses at an early age, “Bittie” and “Papa John”, as they were known to their grandchildren, had a wonderful and happy marriage until his death in 1997. They traveled extensively until Dr. Ruff’s health declined. The Ruff-Epley House was a center of activity for the five children and their friends, and Mildred made everyone feel at home. She also welcomed not only her Ruff in-laws, but her stepchildren’s maternal grandparents, who often came to visit. Mildred will be remembered for her beauty and charm, her generosity and hospitality, and her service to her family, church, and community. She was a superb cook, loved to entertain, and hosted many parties and receptions, including the annual Sunday School Christmas party for fifty or more people gathered around two pianos singing carols. She was a member of the Magnolia Junior Charity League and the PEO Sisterhood, a founding member of the Magnolia Hospital Auxiliary, and was the oldest member of Magnolia First United Methodist Church, which she began attending in 1922. She was predeceased by her parents and husbands; a sister, Margaret Greer Reagan; and her step-daughter, Marilyn Ruff Erwin. She is survived by one daughter, Jane Epley Kratzig of Corpus Christi, Texas; two sons, Arthur Epley III of Houston, Texas, and Mike Epley of Magnolia; one step-son, John Allen Ruff of Springfield, Missouri; nine grandchildren; six step-grandchildren; sixteen great-grandchildren; thirteen step-great-grandchildren; one brother, Homer Greer, Jr., of Magnolia; and two sisters, Marian “Tootsie” Schmidt of Little Rock and Lois Gene Russell of Conway; numerous nieces and nephews, and a host of friends, including her devoted lifelong friend, Mary Warnock Harsh of Magnolia. Because Mildred had the best of care during her last years, she was able to enjoy living in her own home, where friends and family continued to visit her. She was fortunate to have continued making new friends as her old ones passed away, and in recent years her days were brightened by the visits of Babe Knowles, Joyce Crane, and the late Tom Harris. She was blessed to have exceptionally competent and compassionate caregivers, Mary McCray, Mamie Murphy, Marzee Critton, Flora Pamplin, Sheryl Hunter, Beverly Edwards, and the late Annie Phillips. They have all earned extra stars in their crowns. Lewis Funeral Home, Inc. in Magnolia, AR is in charge of Mildred’s cremation. A memorial service and interment of ashes will be held at a later date. The family requests memorials to Magnolia Hospital Foundation, P.O. Box 2161, Magnolia, AR 71754, or First United Methodist Church, 320 West Main Street, Magnolia, AR 71753. To sign the online guest book or to share a memory visit www.lewisfuneralhome.biz

Mildred Jane Greer Epley Ruff, aged 103, passed from this life peacefully in her home in Magnolia on Friday, September 18, 2020. She was born on November 17, 1916, to Homer Floyd Greer and Lillian Dalene Short Greer in Homer, Louisiana,... View Obituary & Service Information

The family of Mildred Greer Epley Ruff created this Life Tributes page to make it easy to share your memories.

Send flowers to the Ruff family.