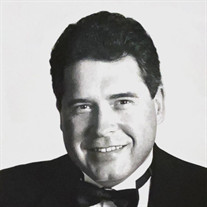 Richard Lee Scott was reunited with his parents, Gerald F. and Betty Lou Scott on May 20, 2022. Richard was born on September 3rd, 1947, in Magnolia, AR. Richard had played the piano since the age of three. It was his Aunt, Dorothy Jeanne Fincher whom had fostered an appreciation and love for music. She would even allow him to sit at her Steinway Grand and play one note progressions (sometimes producing something discernible.) His family moved to Houston, TX when he was in the 5th grade. He was a graduate of Westbury High School in Houston, TX class of ’65. He then attended Texas Tech and majored in music one semester, voice primary and music secondary. Richard never intended or even dreamed of having a career in music primarily because he had an innate fear of performing in front of people. He was drafted into the United States Army and served for two years including one in Vietnam. Then his best friend from seventh grade, Doug Schoppe along with his (then girlfriend) wife Ruthie went on a double date to introduce him to Elizabeth “Pringle” Lyne, whom he later married, and the couple purchased their first home in Waldo, AR. The couple had a daughter Jennifer Bryan Scott. Proud of his heritage, Richard’s mother’s grandfather founded our bank, People’s Bank of Magnolia in 1910. Where later Richard became employed at the bank and graduated from Southern Arkansas University with a BA in Business Administration class of ’77. The couple later moved to Muskogee, OK where Richard took on a position at a bank in Oklahoma. The couple then had their second child a daughter Katherine Elizabeth Scott. They then moved to Bryan, TX and Richard’s musical career began in 1981 where he played nightly for a restaurant Fish Richards in College Station, TX (and that could spin into an extremely long narrative). Suffice to say, he became a very popular draw to that restaurant! Later, the couple separated. Richard followed his passion of music and moved to Houston, TX. He secured the premier agent (who also had a band), Ed Gerlach, and Richard played for private parties for a bit. Then, the agency sent him to Lake Conroe to play for a private corporation that landed him a four-year employment with Westland Oil and Exploration Corporation. Westland Oil was owned by Mr. L. C. Kung and his mother (one of the Soong daughters) Madame Chiang Kai-Shek. During his tenure there, he played for her many times and every evening after dinner, she would come to his piano and thank him for playing. Richard had played for many world and corporate leaders and dignitaries while there. That was truly a surreal, once in a lifetime gig! That ended in 1996. He then flew to Los Angeles where he played a two-month gig at the Rose Tattoo Cabaret next door to the famous Studio One Disco. He later moved to Palm Springs working as a mortgage loan specialist at the Bank of Palm Springs. After, having secured prominent agent position at the Desert Princess Hotel & Resort. Then, playing for The Esmeralda Resort Hotel in Indian Wells. He was chosen as the first pianist out of 100 who auditioned. Later, playing privately for some of the most famous celebrities and some of the richest people in the world! Richard was a loving and compassionate son to move and be closer to his parents in Shreveport, LA and became their full-time caretaker along with his strong faith all while never wavering. A beloved son, father, uncle, grandfather aka Pop Pop and friend to anyone whom he ever encountered for he never met a stranger. Passionate about his love for music and being blessed with a musical gift to play by ear all while leaving audiences in awe. A respectfully genuine and beautiful soul that gave so much not only to his family and friends but his community of Magnolia. Richard was a member of Magnolia Arts, Magnolia Rotary Club and Donor to Southern Arkansas University and contributed to the playground near the duckpond at SAU. Richard will be sorely missed by his children, Jennifer Bryan Cole (and family Barry, Bailey, Emily and Tinley Cole;) Katherine Elizabeth Lickliter (and family Nicolas, Colton and Felicity, Haley and William Lickliter;) along with his “Precious Maggie B” a Snorkie along with his ex-wife Elizabeth “Pringle” Scott and friend as she was and always would be to him his “old fool” even in life he had her in his death as their engagement photos were found with him in his passing. One of two children, Richard was preceded in death by his parents Gerald F. and Betty Lou Scott. He is survived by his brother John “David” Scott (and family Laura, Bryan and Renee, Phoenix and William Scott; Cara and Michael and Charlie Kasper.) Friends are cordially invited to a celebration of Richard’s life at 2:00 pm, on Saturday, June 18, 2022, at Lewis Funeral Home in Magnolia with Reverend Gary Maskell officiating. A private family burial was held at Waldo Cemetery. Memorial donations may be made in Richard’s honor to Magnolia Arts, 116 South Washington, Magnolia, Arkansas 71753 or www.magnoliaarts.net To sign the online guest book or share a memory visit www.lewisfuneralhome.biz

Richard Lee Scott was reunited with his parents, Gerald F. and Betty Lou Scott on May 20, 2022. Richard was born on September 3rd, 1947, in Magnolia, AR. Richard had played the piano since the age of three. It was his Aunt, Dorothy... View Obituary & Service Information

The family of Richard Lee Scott created this Life Tributes page to make it easy to share your memories.

Richard Lee Scott was reunited with his parents, Gerald F. and...

Send flowers to the Scott family.