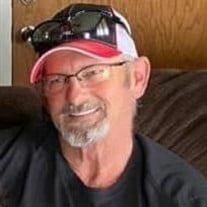 Ricky Lynn Maloch, 58 of Magnolia, Arkansas passed away June 27, 2021. He was born July 12, 1962 in Magnolia and attended First Baptist Church. Ricky proudly served his country in the United States Army beginning in 1980 and the Army National Guard where he achieved the rank of Sgt. and honorably discharged in 1992. He was the shipping supervisor for JM Eagle in Magnolia and was the owner and operator of Rick’s Resale. He spent his time, hunting, fishing, mud riding, and playing Golf, Pool and Poker Tournaments. Ricky is preceded in death by his son, Ricky Lynn Maloch, Jr. His grandparents, Aulton “Shorty” and Claudia Edwards and Odell and Audie Mae Maloch. He is survived by his children, Kirsten and Eric Cox of Hope, Samantha and Drew Knoll of Little Rock, Brooke and Michael Davis of Searcy, and Chad Maloch and fiancé Abby Morrow of Benton; his parents, Rodney and UraVay Maloch of Magnolia; two brothers, Rusty Maloch and his son Blake Maloch and Ronnie Maloch of Magnolia; his fiancé Sandra Shanks of Magnolia and her children, Zachary and Katie Phillips of Adkins, Damian and Timberly Richards and Jacob and Kimber Richards both of Magnolia; grandchildren, Mackenzie Cox, Aubrie Cox, Raegan Cox, Michael Davis, Avery Davis, and Adalie Knoll; his fiance’s grandchildren, Karsyn Richards, Olivia Richards, Jeremiah Richards, Elodie Richards, and one due in a few weeks; and the mother of his children, Shelly Stiles. Visitation with the family will be from 6:00 to 8:00 pm at Lewis Funeral Home, Inc. in Magnolia on Thursday, July 1, 2021. Funeral service will be at 10:00 am on Friday, July 2, 2021 at First Baptist Church Bro. Dale Fish officiating. Burial will follow at Hephzibah Cemetery. In lieu of flowers memorials may be made to Hephzibah Cemetery Association, 4110 Columbia Road 5, Magnolia, Arkansas 71753. Pallbearers will be Eric Cox, Drew Knoll, Michael Davis, Jacob Richards, Robert Hall, and Blake Maloch. To sign the online guest book or share a memory visit www.lewisfuneralhome.biz .

Ricky Lynn Maloch, 58 of Magnolia, Arkansas passed away June 27, 2021. He was born July 12, 1962 in Magnolia and attended First Baptist Church. Ricky proudly served his country in the United States Army beginning in 1980 and the Army... View Obituary & Service Information

The family of Ricky Lynn Maloch created this Life Tributes page to make it easy to share your memories.

Send flowers to the Maloch family.