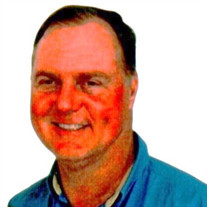 Robert Dean “Bobby” Allen, 65, of Magnolia, Arkansas passed away on Saturday, March 20, 2021 at Magnolia Regional Medical Center. Bobby was born on April 15, 1955 in Magnolia, Arkansas. He was an Electrical Supply Salesman where he worked for E & B Electric, Jo El Electric and Wholesale Electric until the time of his retirement. Bobby was raised by his mother, Martha Myrle (Crisp) Allen. His favorite pastime was spending time with his family and friends, along with outdoor activities such as hunting, fishing and gardening. Bobby is preceded in death by his mother Myrle and his first wife Raylene Marie (Garske) Allen, the mother of his two older sons. He is survived by his wife of 27 years, Cathy Allen of Magnolia and his three children: Daniel Clayton Allen and wife, Hollie of Ft. Worth, Texas; Robert Wesley Allen of Little Rock, Arkansas; Jonathan Lynn Bradley and wife Sheila of Las Vegas, Nevada. Bobby is also survived by his brother Jim Allen and wife Linda of Houston, Texas; his sister Lesa Alberius of Star City, Arkansas; his mother-in-law Mavalene Wood of McNeil, Arkansas; and a number of extended family members and friends. Visitation with the family will be held on Tuesday evening March 23, at Lewis Funeral Home from 6:00 to 8:00 pm. Funeral services will be held on Wednesday March 24, at 2:00 pm in the Lewis Funeral Home Chapel with Rev. David Moore officiating. Burial will follow at Memorial Park Cemetery under the direction of Lewis Funeral Home Inc. in Magnolia. In lieu of flowers, memorials may be made to the charity of the Donor’s choice. Pallbearers will be Ricky McLaughlin, David Spradlin, Mike Faulk, Brad Stiles, Darren Harbour, and Terrell Sledge. Honorary pallbearer will be Dale White. To sign the online guestbook or share a memory please visit: www.lewisfuneralhome.biz

Robert Dean &#8220;Bobby&#8221; Allen, 65, of Magnolia, Arkansas passed away on Saturday, March 20, 2021 at Magnolia Regional Medical Center. Bobby was born on April 15, 1955 in Magnolia, Arkansas. He was an Electrical Supply Salesman where... View Obituary & Service Information

The family of Robert Dean Allen created this Life Tributes page to make it easy to share your memories.

Send flowers to the Allen family.