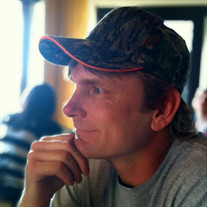 William Douglas “Doug” Crisp, 49, of Magnolia, Arkansas passed away Sunday, May 29, 2022, at his home. Doug was born on December 17, 1972, in Magnolia, Arkansas. He was a member of the First Baptist Church in Waldo. He enjoyed forestry, photography, and was a self-taught guitar player. He loved cooking and taking care of his family. Doug is preceded in death by his mother, Carrie (Wright) Crisp and daughter, Carley Shianne Crisp. He is survived by his son, Colton Crisp of Waldo; daughters, Cristal Crisp of Magnolia, and Ceciley Marlar of Emerson; father, James Crisp of Magnolia; brother, Shane Crisp and wife Kim of Magnolia; sister Jennifer Crisp Byrnside of Magnolia; grandchildren, Christopher Trent and Elizabeth Triplet of Emerson, Jaxon Crisp and Austin Crisp of Waldo; a host of extended family and friends. Visitation will be held on Thursday, June 2, 2022, from 9:00 to 10:00 a.m. at Lewis Funeral Home, Inc. in Magnolia with a graveside service to follow at 10:30 a.m. at the Lydesdale Cemetery with Bro. Leroy Martin officiating. Pallbearers will be Connor Waters, Khalin Calloway, Mike Harrell, Brent Waters, Nick Covington, and Chae Riddick. To sign the online guest book or to share a memory visit www.lewisfuneralhome.biz

The family of William Douglas "Doug" Crisp created this Life Tributes page to make it easy to share your memories.

Send flowers to the Crisp family.