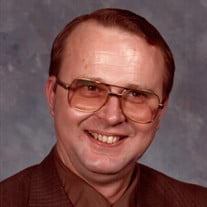 William Benjamin Dumas, "W.B.", 84, of Magnolia, Arkansas passed away on Wednesday, May 13, 2020 at Magnolia Health and Rehab. W.B was born on May 6, 1936 in Village Arkansas to the late Francis Elizabeth Machen Dumas and Moses Lee Dumas. He was a member of First Baptist Church of Magnolia. W.B retired from Spencer Harris Machine Shop where he had worked for over 40 years and was known as the best hallow spindle lathe operator in Arkansas. His passions were hunting, fishing, dancing and playing cards and dominoes with his friends. Always the jokester, everyone who met W.B. loved his broad smile and his passion for having fun. He arrived in Magnolia around 1942 and lived in Magnolia for 78 years. He loved Magnolia, was an active Jaycee for 25+ years and he worked countless years with the Miss Magnolia Pageant. Having worked at the Chatterbox in the early 1950s and later as the manager for Peace Courts Restaurant, he developed a skill as a cook and his specialty was grilled steaks. He and the Spencer Harris steak cook-off team were always one of the favorite grille masters at the annual Magnolia Blossom Festival. W.B. is preceded in death by his parents, by his wife of 52 years, June Marie Dumas, and by a younger brother, Donald Dumas, and a sister, Ophelia Dumas Burchfield. W.B. is survived by two brothers, Daniel Lee Dumas along with his wife Kay Dumas of Charlotte, NC, and Billy Clyde Dumas of Magnolia. W.B had two sons, Rodney Wayne Dumas who lives with his wife, Jacquy Dumas in Magnolia, Texas, and his youngest son, Michael Ray Dumas and wife Krista Dumas live in Houston, Texas. He had three grandchildren, Melissa, daughter of Rodney Dumas, and Cameron and Forbes Dumas, daughter and son of Michael Dumas. W.B was preceded in death by his oldest grandson, Joshua Dumas. He had four great grandchildren. Other family members were always close to his heart, especially the children of his siblings, including Billy Ray Burchfield, Kenneth Burchfield, Jane Burchfield Swilley, Doyle Burchfield, Edward Burchfield, Larry Burchfield, Curtis Dumas and Jason Dumas of Charlotte, North Carolina. W.B. was a wonderful father and husband with a gentle soul and an appreciation for the simple treasures that Magnolia and family brought to his life. In his later years, he loved to say “the blessing” over the meals at Dudneywood. He always had thoughtful, kind words during his brief prayers. He is already so missed by all of us and we know he is smiling down upon us and probably being the jokester with all of the angels. A graveside service will be held at Magnolia Memorial Park Cemetery on Sunday, May 17th at 2:00 pm with Bro. Roger Dunlap under the direction of Lewis Funeral Home, Inc. in Magnolia. In lieu of flowers, the family is requesting that donations be made to the American Diabetes Association. A guestbook is available at www.lewisfuneralhome.biz

William Benjamin Dumas, "W.B.", 84, of Magnolia, Arkansas passed away on Wednesday, May 13, 2020 at Magnolia Health and Rehab. W.B was born on May 6, 1936 in Village Arkansas to the late Francis Elizabeth Machen Dumas and Moses Lee... View Obituary & Service Information

The family of William Benjamin "W.B." Dumas created this Life Tributes page to make it easy to share your memories.

Send flowers to the Dumas family.